EXT maximizes your prober efficiency without sacrificing test accuracy. Speed up testing AND assure 100% test of your product with EXT.

Generate a netlist from your design data. Calculate adjacency, buried resistance and circuit resistance to include with output. 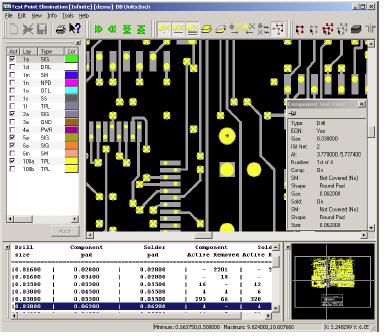 Your test has to be quick and complete. EXT eliminates unnecessary test points without sacrificing a complete test. Maximize your prober efficiency with these EXT features:

Save time and scrap with the proven reliability of EXT’s netlist extract, ability to compare nets between revisions, and graphical viewing of nets, test points, and data.

IGI offers PT Viewer as a free download for exploring and evaluating the capabilities of IGI’s base software.

Not Finding What You Need?

IGI specializes in unique projects. Please use our Contact Form to get a conversation started.